The Most Expensive Pearls in the World

Home Jewellery The Most Expensive Pearls in the World

Pearl jewellery is one of those things that’s always timeless and stunning. Whether it’s pearl earrings, an antique pearl ring, or a classic Art Deco style pearl strand that stretches down to your bellybutton, pearls are always a good jewellery choice. But what are the most expensive pearls in the world? Join us as we check out a list of some of the priciest items that pearls can offer!

This necklace is a beautiful piece of pearl jewellery that certainly deserves its heft price tag. The pearls used to make this unique necklace are grey; making it incredibly rare. Greyness occurs in roughly 1 in every 100,00 thousand pearls, and 38 of these stunning grey pieces have been utilised perfectly in the creation of this necklace.

Graduated pearl necklaces – where the pearls get larger towards the front of the necklace – are also featured in this jewellery piece. The close of the necklace features a rectangular diamond, adding the finishing touch of sparkle to a wonderful piece of jewellery.

The necklace was sold in 2002 at a Christie’s auction in London for $3.3 million, setting a record for the most expensive pearl necklace in the world at that time.

It went to auction again at Sotheby’s in Hong Kong in 2015, this time fetching a stunning $5.3 million – breaking the record that it had set 13 years earlier!

One of the oldest and special pearls in the world, La Peregrina has been owned by a host of significant historical figures. There is a record from the mid-1500s of the discovery of the pearl off the coast of Panama.

The pearl was briefly owned by Marie of Spain, gifted to her by Philippe II, and upon her death it was returned to the royal Spanish Crown. More than 100 years after this initial ownership, the pearl was smuggled out of Spain by Joseph Bonaparte – sibling to Napoleon Bonaparte – after the Battle of Victoria saw a wrecking French defeat.

In the 1870s, Napoleon III sold the stunning pearl to James Hamilton, who was at the time the Duke of Abercorn. The ownership of the pearl after this time is unclear until it appeared at auction in 1969. You might think this is where La Peregrina’s magical story ends, but you’d be wrong. The pearl was purchased by actor Richard Burton for $37,000, and he gifted it to Elizabeth Taylor. It was posthumously auctioned as part of Taylor’s extensive jewellery collection for $11.8 million.

Beauty of the Ocean Pearl

The most expensive pearl in the whole world is called the Beauty of the Ocean Pearl. This piece is a giant pearl originating from China. This pearl is different from the others because it is man-made.

It is crafted from fluorite, giving it an iridescent green hue that also has a gentle glow in the dark or when exposed to ultraviolet light.

It took three years for the workers in China to craft the pearl, slowly melding it into a giant rounded bead shape. The stunning green pearl weighs 6 tonnes, and is 5 feet tall. You’ve definitely never seen a pearl quite like this one before.

As if it wasn’t enough to have a pearl that is literally giant, this pearl has been valued at $139 million, making it far and away the most expensive pearl in existence. Although it isn’t a piece of jewellery – at least not one that anybody could possibly wear – this pearl steals the show more than any jewellery piece could.

And there you have it – the most stunning and expensive pearls in the world. Each one is beautiful and unique in its own way, and each one definitely deserves the crazy price tags that they have. 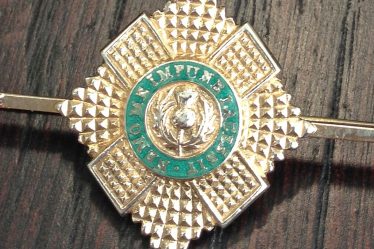 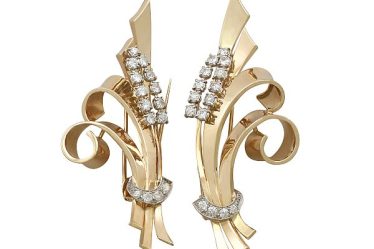