The History and Tradition of Wedding Rings

Home Jewellery Rings The History and Tradition of Wedding Rings

Today, the exchanging of wedding rings feels like a custom that has always existed. However, unions weren’t always marked in this way. The history of wedding rings can be traced back to the Roman era — although the concept of rings as a symbol of love stretches back even further. Throughout history, different cultures have approached romantic unions in their own way. However, some form of jewellery exchange has often been a common factor. So, let’s go right back to the beginning and find out where the tradition of wedding rings came from and how the custom of exchanging rings has evolved over the years.

Where Did the Tradition of Wedding Rings Come From?

It’s difficult to trace the exact moment when the idea of wedding rings came into fruition. Rings have been considered important and intimate pieces of jewellery ever since the Ancient Egyptian period. This culture was the first one known to exchange rings in the name of love — even if the rings did not necessarily represent a legal union. Egyptian “rings of love” were often crafted from leather or woven leaves. As their name suggests, they were presented to a loved one to demonstrate affection. According to the Egyptians, rings held powerful symbolism. Their circular shape was thought to suggest completeness and infinity, suggesting ever-lasting love. Signet rings and scarab rings were also regarded highly within Egyptian culture. However, these ring types didn’t necessarily hold romantic connotations.

It wasn’t only the Ancient Egyptians that held rings to such great importance. The Ancient Greeks are also known to have exchanged rings in a romantic context. They would primarily have exchanged rings featuring romantic iconography to lovers. For example, rings featuring Eros (the god of love) or his cherubs, Hercules knot rings, or rings bearing romantic inscriptions. Like with the Ancient Egyptians, there is no evidence that these rings were tied to official ceremonies like weddings, but they certainly represented love.

The Portable Antiquities Scheme/ The Trustees of the British Museum, CC BY-SA 2.0, via Wikimedia Commons

It wasn’t until the Ancient Roman era that the traditions of using wedding rings and engagement rings were cemented. After the expansion of Christianity during the 4th Century, it became commonplace to exchange rings as part of a wedding ceremony. During this time, grooms would present their wives with rings made from iron. This durable metal was believed to signify strength and permanence, representing the ever-lasting bond between the bride and groom.

A popular wedding ring design during the Roman era was the fede ring. This style comprised of a meal band featuring two hands holding each other at the top of the ring.

The Romans are also believed to have initiated the tradition of wearing your wedding ring on the further finger of your left hand — as we still do today. This was originally chosen as the ring finger because it was believed to contain the “vena amoris”, a vein that leads directly to the heart.

After the Romans began the tradition, wedding rings can be found throughout history. In the Renaissance period, various different types of wedding rings became popular. For example:

Gimmel rings — this popular 16th-17th Century design consisted of two separate rings that could interlock together to create one design. Engaged couples would traditionally each wear one part of the matching set up until their wedding ceremony. During the ceremony, the groom would take his part of the ring and place it on the bride’s finger, uniting the set. After the wedding, both parts would traditionally be worn by the bride.

Posy rings — this ring style featured romantic inscriptions, engraved either on the outer surface or the interior of the ring. Posy rings could display messages of love, the date of the wedding, or the initials of the bride or groom. Ornate sterling silver posy rings were particularly sought after during the Renaissance period.

Over the centuries, the custom of exchanging wedding rings has become more cemented in society. However, some traditions relating to wedding rings are more modern than you might think. For example, the custom of the groom wearing a wedding ring as well as the bride only came about in the 20th Century. Specifically, this custom became the norm during World War II, when husbands would wear wedding rings as a way to remember their wives when they were fighting overseas.

Which Finger Should You Wear Your Wedding Ring on?

Today, it is traditional for both women and men to wear their wedding ring on the second finger from the left on their left hand – the one that we now refer to as the “ring finger.” When pairing a wedding ring with an engagement ring, it is customary to place the wedding band on the finger first, followed by the engagement ring. Some believe that is because the wedding ring should be closest to the heart, as it represents the bond of love. However, there are no steadfast rules for this placement, so feel free to experiment and find the best arrangement for you!

History and Significance of The Ring Finger

In the UK and the US, it has become normal to wear both your engagement ring and your wedding ring on your left hand. However, this isn’t the case in every country. In India, Russia, and Norway, wedding and engagement rings are traditionally worn on the right hand. This is because the Latin origin of the word “left” is “sinister”, leading many cultures to associate negativity with the left hand.

In some countries, including Germany and the Netherlands, it is traditional to wear your engagement ring on your left hand and your wedding ring on your right hand. This is thought to signal a change in your social status.

In Sri Lanka, the custom is different again. Here, the groom normally wears his wedding ring on his right hand, while the bride wears hers on her left hand.

How to Resize a Wedding Ring?

The ease and cost of resizing your wedding ring will depend on the style of the piece. If you’ve chosen a plain band, the resizing process should be simple and inexpensive. However, if you have a wedding ring that incorporates decoration all around the circumference (such as an eternity ring) it will be difficult or impossible to resize. If you’re looking for an intricate wedding ring that features a lot of diamonds, gemstones, or elaborate decoration, make sure you try it on and double-check the size before purchasing the piece.

Traditions, Both Old and New, All Ddd to The Romance of These Truly Special jewellery pieces. Wedding rings are often simple and understated, but the meaning behind them speaks volumes. View our full collection of antique and vintage rings today to find the perfect wedding ring for you – whichever traditions you choose to follow! 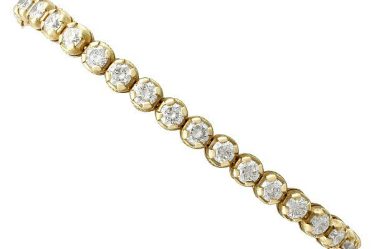 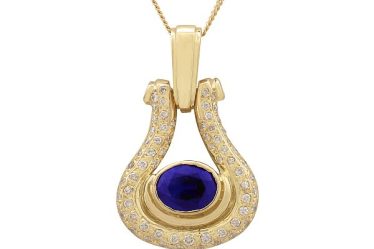 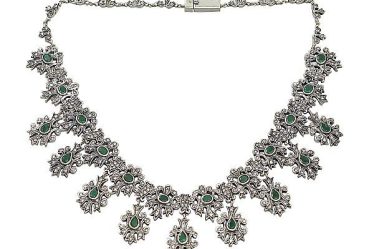