The Freedom of a Casket

Home Silver The Freedom of a Casket

What is a Casket?

Often confused with a funerary box, a casket is a decorative box that is commonly smaller than a chest. In the present day they are used to contain jewellery and trinkets, therefore are popular gifts and purchases to be used on dressing tables and even sideboards.

Traditionally, the casket was used to hold paperwork, back when a person would hold far fewer important documents. This allowed the progression of the locking mechanism to the front of the box. Caskets were similar to the modern day safe in this sense.

There are no limitations to the materials used to make a casket, many cultures monopolising their known handicraft to make a piece as important and intricate. The traditional precious metals of silver and gold are common for these types of boxes, but there is a grand multitude of examples in ivory, china and wood. Some caskets are highly embellished and others may be covered with a modest layer of leather or silk.

Here at AC Silver, we have had many styles of caskets in our inventory; each culture showcases a different style which compliments their known techniques:

The smaller Russian piece above would have been to hold something precious such as a trinket. The highly decorative filigree addition enables the contents to be seen. The box is of a small stature and would not hold many papers, whereas the other two examples shown above would be accommodated a wide range of items. Most caskets in our inventory either retain or are fitted with a subtle lining to make the interior suitable for holding jewellery items.

There is one style of casket that would commonly be used for paperwork alone, and that would be the Freedom Casket. This decorative piece would be used to present a person with an important document and in the 19th century this would be a sealed freedom scroll; a piece to commemorate the conferring of the freedom of a town or city on a particular person. Once a vessel of this magnitude is used to deliver a letter, it is assured that the contents are serious or of high importance.

At AC Silver, we are fortunate to have a magnificent Scottish Freedom Casket which was presented in 1875, incorporating the heraldic markings for the Earl of Airlie and the city of Dundee, Scotland. This commemorative box bears a multitude of names and highly decorative scrolling thistle ornamentation to represent the Scottish influence; the thistle is the floral emblem of Scotland and it can be found throughout their heraldry and logos, in addition to being included in their silverware hallmarks.

The engraved inscription to this piece declares:

‘The freedom of the Royal Burgh of Dundee, the certificate of which is enclosed in this casket was unanimously coferred by The Provost Magistrates & Town Council of Dundee on the right honorable David Craham Drummond Ogilvy, Earl of Aurlie, Baron Ogilvy of Alyth & Lintrathen, K.T. In respect of his eminent position of public services, & in testimony of their appreciation of the cordial & equitable manner in which his Lordship franted a supply of water from Lintrathen to the town of Dundee. Dundee 2ND September 1875’. 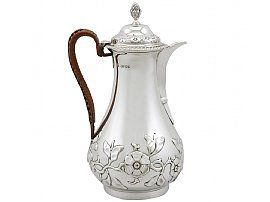 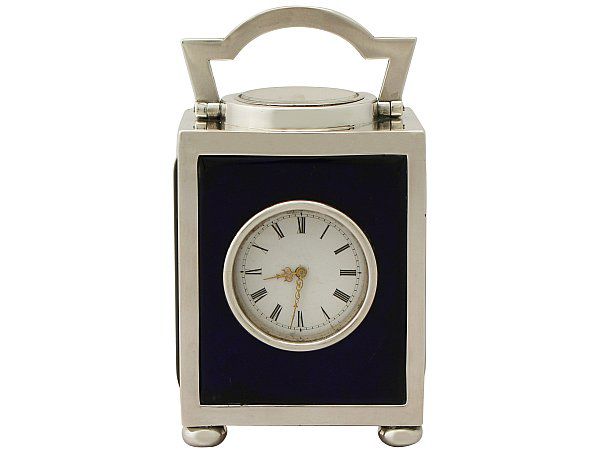