Home Silver What is a Chamberstick?

There is a vast variety of antique silver designed to hold candles, from silver candlesticks to silver candelabras. Chambersticks are distinct because they are designed to be carried. They are shorter in height, with a flat, circular base that was sometimes ornamentally shaped. This was to catch any dripping wax, keeping it from falling onto the floor or coming into contact with clothing.

Other features of the chamberstick are a central socket to hold the candle, a sconce which can sometimes be removed, and a handle to the side. Some examples even feature a snuffer. The name is directly related to the purpose of the item, as chambersticks were mainly used for escorting one to and around their chambers without getting wax everywhere. They can be made from silver, brass, pewter or porcelain. The materials used changed roughly with the centuries, making dating examples easier than with many items.

Chambersticks were typically kept by the entrance hall so they could be used by any family member that was looking to retire for the evening. In the morning, chamber maids collected the chambersticks, cleaned them, and returned them for use again. Wealthy 18th century households had a candle man, employed full time for the explicit purpose of looking after all the candlesticks in the house.

The type of wax used in chamberstick candles was tallow, as opposed to the beeswax that was used for most candles in the home. Beeswax burns 3 times brighter than tallow, which made them useful for lighting entire rooms, as candlesticks were generally placed near mirrors in order to maximise the light achieved. Since the chambersticks were only used to light the darkness from room to room, and then used to light the candlesticks in the room, it would have been wasteful for them to be made of the same wax as most candlesticks. 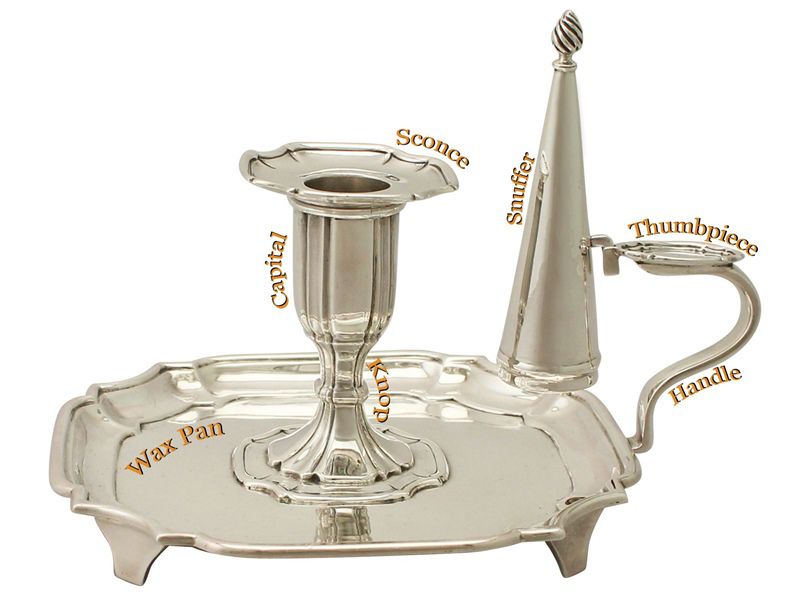 What’s the Difference Between a Candlestick and a Chamberstick?

Firstly, we should establish that ‘candlestick’ is often used as an umbrella term to describe any implement designed to hold candles. For the purposes of this blog, however, we’re talking about a fairly specific design. These candlesticks are single pillars which hold a regular, full-sized candle at one end, whilst a fluted base at the other end keeps the arrangement upright.

These candlesticks usually come in sets of at least two, with some even having four to a set. When you’re wanting to light an area like your dining table – for a dinner party perhaps – it is best to use at least two candlesticks to get the job done. 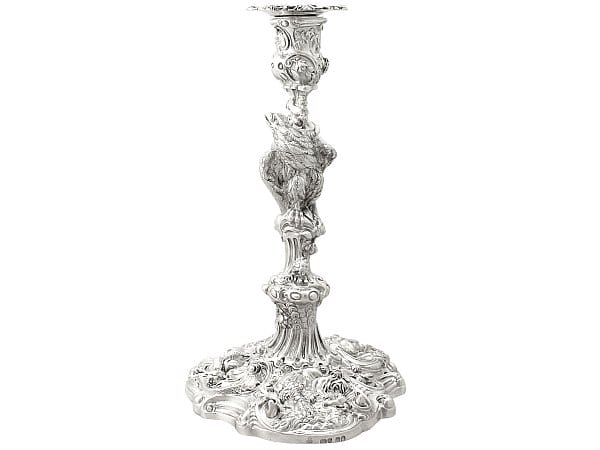 When serving their original purposes, candlesticks like this were used to light up the entire house. Candlesticks – whether as standalones or as part of a set – would often be placed on mantelpieces and near mirrors, anything to amplify the effect they had on the amount of light present in a room at any given time.

Today, candlesticks are usually reserved for special occasions, such as the aforementioned dinner party suggestion. Equally, these candlesticks are effective and enjoyable for decorating other areas of your house; your bathroom for example (nothing better than a candlelit bath). A great feature of candlesticks is that they serve as décor even without a candle in them – what more could you hope for from something so simple yet so stunning? 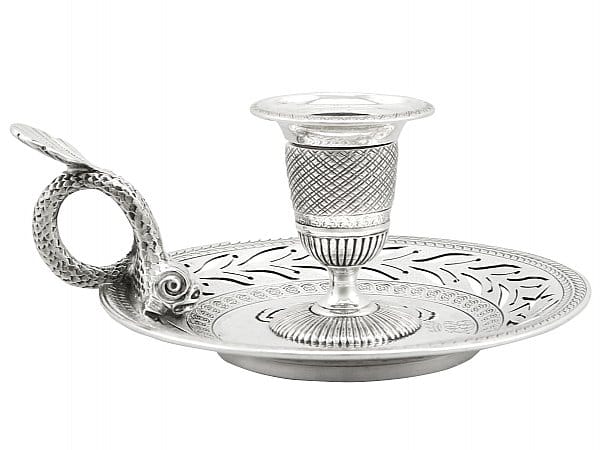 The absolute, number one, biggest difference between the candlestick and the chamberstick is in the size. Chambersticks are intended to be small. When they were invented, chambersticks were utilised in one’s private chambers – specifically their bedrooms – in order to have just the right amount of light to get ready for bed, or even get up to use the chamber pot. The modern-day equivalent is like opening the torch on your phone when you want to walk to the bathroom in the night without tripping up on anything.

Because they were meant to be held and carried over short distances, these candle holders are sealed onto small trays at the base, which can catch any dropping wax, ashes, or even spent matches to avoid accidentally burning yourself. These trays are called drip pans (obviously enough). When they were first being used, these candle holders would sometimes be left to burn beside the bed for a while to enable bedtime reading – very quaint!

A lot of chambersticks were sold with an attached snuffer, making life extra convenient for all the Georgian and Victorians who wanted to get a few pages of their latest read in before settling in for their forty winks.

Today, chambersticks are seen less often than candlesticks, but they are very valuable and loveable antiques. Harkening back to a time long forgotten, something as simple as a chamberstick can allow us to really appreciate how rapidly life has advanced in the last century or so. Chambersticks are considered something of a collector’s item due to their small stature and unique history of use.

Although both the candlestick and the chamberstick serve the same basic function of holding candles, their overall usages are completely different from a historical standpoint. It’s important to remember the differences between these different types of candle holder. They can help you improve your overall perspective of how fast life changes, as well as give you a great understanding and appreciation for the design and thought that went into them in the first place. Which style of candle holder do you prefer?

Louise joined AC Silver as a website content editor with a passion for the world of antiquities and jewellery. Louise also assists the marketing team by representing the business on many social media outlets. 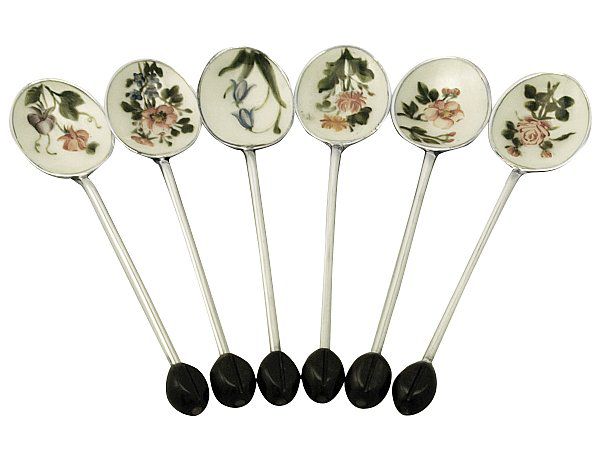 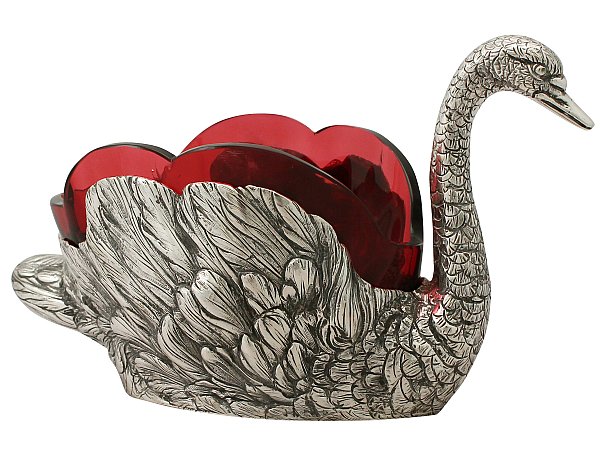 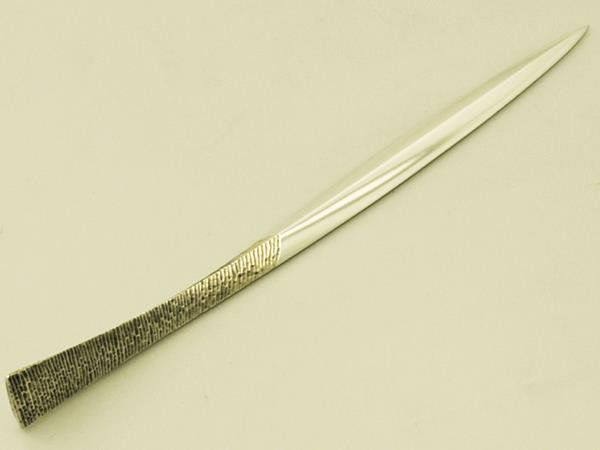