What is a Solitaire Ring?

Before the solitaire ring, most couples did not use precious gemstones in their engagement rings. Marriage as a concept experienced a shift in the 20th century and became more about love and intimacy and less about ownership and social mobility. With that in mind, renowned diamond mining company, De Beers, found a revolutionary way to capitalise on this change. In 1947, they marketed their diamond solitaire rings with the slogan ‘a diamond is forever’, and – like that – engagement rings were changed forever.

So, the classic solitaire ring is, as you may have guessed, a ring featuring a single stone. The most traditional design for this is a single, round-cut diamond held in a claw setting, usually set in relief from the ring shoulders, creating a dramatic silhouette befitting an event like a proposal.

What is a Halo Ring?

The halo ring is a more recent evolution of the different types of engagement ring. As a ring style, the halo setting is a relic from the 1920s Art Deco era, but their use as an engagement ring didn’t start in earnest until the late 20th century.

The main difference between the solitaire setting style and the halo setting style is the use of more diamonds. In halo diamond rings, the central feature stone is encircled by a ring of smaller diamonds, creating a ‘halo’ effect. The diamond halo ring became popular very quickly, since it created a highly glamorous look that made the wearer’s hand catch the eye like nothing else. In some halo engagement ring designs, the halo itself extends around the shank of the ring, allowing for 360 degrees of sparkle.

So, now that we’ve established the different design elements of the two engagement ring styles, it’s time to talk about the pros and cons. Each style has its own benefits, as well as drawbacks, and you have to consider all of these elements before making a decision about which style is right for you.

The Pros and Cons?

We’ll start with the solitaire ring since it is the classic of the two. The biggest pro of the solitaire ring is arguably its simplicity. A simple single diamond held in an understated piece of jewellery that will always carry a timeless look to it that anyone would love. Another pro of the solitaire is that, because of the lack of other stones, light is allowed to enter the stone unobstructed, creating a dazzling shine and brilliance that is difficult to match.

The biggest pro of the halo setting style is the way it makes your diamonds appear flashier. Having the central stone surrounded by smaller diamonds makes it appear larger than its carat weight to the naked eye. This is a great way of having an engagement ring that makes a big statement without costing as much as a solitaire that holds the same carat weight.

The biggest con of the solitaire engagement ring style is that it is generally more likely to get caught or damaged. The high settings commonly found in solitaire rings are the ones that get caught on fabrics the easiest. As well as this, the claw – or prong – settings that are used a lot for solitaire rings leave the girdle of the ring more exposed than other setting styles, leaving the diamond vulnerable to cracks and other damage.

As for the halo setting, the biggest con is in the maintenance of the ring. The central diamond in addition to all of the supporting stones need regular cleaning and professional checking to ensure they are not becoming discoloured, being damaged, or potentially coming loose from their settings. The crevices created by the intricate settings required to make a proper halo ring become grimy and dirty easier than the solitaire design.

Why Choose a Solitaire Ring or a Halo Ring?

When you’re asking the question of which one is right for you between the halo ring and the solitaire ring, taste is the most important factor. Whichever style speaks to you the most is the one you should choose.

Consider your lifestyle and budget closely before making a decision; you’d much rather get it right on the first try than to go through the process of choosing a ring, returning it, and then finding another one that fits the bill better for you.

If you have quite an active lifestyle, where you’ll be wearing your engagement ring mostly as a special occasion accessory, maybe the halo engagement ring is the perfect ring. This ring style is very glamorous, typically appears larger than its carat weight would suggest, and is the perfect piece of flashy jewellery to compliment an evening out or a part event.

On the other hand, the timelessness of the solitaire makes it a tough one to beat, and it’s a very flexible design that can be adapted to the biggest variety of budgets. A smaller solitaire stone, sensibly set in a bezel style setting where the stone is not exposed to potential damage is the perfect engagement ring for someone who wants to wear it every day.

Whichever style of engagement ring you choose, be sure to stay within your budget and strike the balance between romance and practicality. You want a ring that you’ll be excited to wear, rather than one that might make you anxious. You also want a ring that captures the feeling of love that you and your other half share, after all it is your engagement – this doesn’t happen every day! Which style do you think you’d prefer? 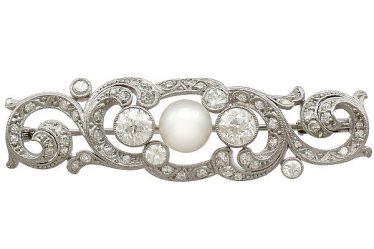 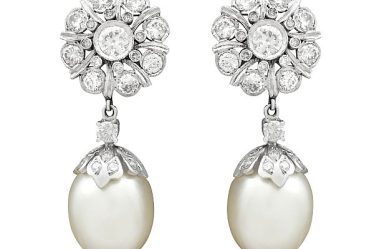