Better the ‘Stuart’ Devlin You Know

What is Your Favourite Stuart Devlin Design?

Stuart Devlin is easily one of the most popular and talented goldsmiths and silversmiths working here within the United Kingdom. Many of his creations have become synonymous with 1960’s, 70’s and 80’s design.

His drive to regularly adapt and devise new techniques to produce attractive textures has become his signature. He describes his style as a romantic use of precious metal, designed to enrich people’s lives after years of austerity.

“I hope that my work reflects four maxims: that the future is much more important than the past; that creativity is paramount; that skill is fundamental; and that the justification for being a goldsmith is to enrich the way people live and work.”– Stuart Devlin Biography, www.thegoldsmiths.co.uk

Would it surprise you to know Devlin was not British?

Stuart Devlin was born in Geelong, Australia, in October 1931. He originally trained as an art teacher, with a goldsmith and silversmith specialism. He rose to fame in 1964 when he won a competition to design the first decimal coinage for Australia. He has since designed coins for thirty-six countries and the official coin of the Sydney 2000 Olympic Games.

In 1965 Devlin moved to London and began producing striking decorative pieces such as Easter eggs and Christmas boxes. Collingwood’s flagship department store in Horley, Surrey set aside an entire floor to display his creations.

To celebrate the release of the MKIV Ford Zephyr and Zodiac, in 1966, Ford of Britain commissioned Devlin to create a large silver sculpture. Since then he has designed furniture, interiors, jewellery, clocks, centrepieces, goblets, trophies, bowls, candelabra and insignia’s, becoming the most popular London based designer of the 1970’s and 1980’s.

In 1982 Stuart was granted the Royal Warrant of Appointment as Goldsmith and Jewellery to Queen Elizabeth II.

Not a bad accomplishment for an art teacher from Australia.

Now in his early eighties Devlin is still a major influence in the UK. The London 2012 Olympics torch design was a tribute to his craftsmanship and contribution to British design.

The Royal Jewellers at Collingwood’s described him as, “The greatest designer in gold and silver since Paul de Lamerie in the 18th Century.” Do you agree? 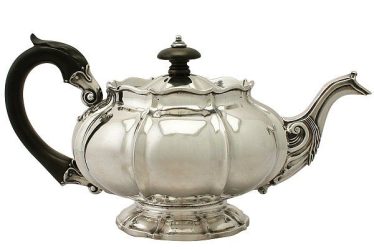 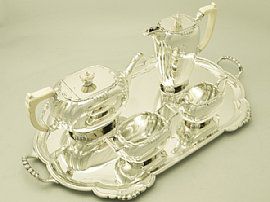 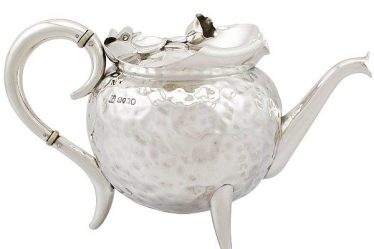