The 28th June 1914, the date of the assassination of Archduke Franz Ferdinand, is a date that is indelibly etched in black on the history of mankind. The attack, by 19-year-old Bosnian Serb, Gavrilo Princip, precipitated the Austro-Hungarian invasion of Serbia. The Russians supported Serbia, the Germans supported Austro-Hungary, and on August 1st, 1914, after fraught negotiations between Kaiser Wilhelm II and his cousin Tsar Nicholas II, Germany declared war on Russia; and so began the First World War.

The war resulted in the deaths of around 16.5 million men, women, and children. Of these, around 9.7 million were military deaths. The vast majority of these were men. From the perspective of the United Kingdom and Ireland, over 5.7 million men served over the course of the conflict – essentially an entire generation of men. Many left families behind, not knowing if they would ever see them again.

What is a Sweetheart Brooch?

During the course of the war, servicemen leaving home for the front line had to say goodbye to those they loved, and often left gifts and keepsakes for those they’d be missing. One popular gift was a small brooch depicting the service crest or regimental badge of the soldier in question. This gift was intend for soldiers to show that their home and their families would be in their hearts during their absence. The name ‘sweetheart’ can be misleading here, as it suggests that the item was only given to those in intimate relationships, but this isn’t the case. The sweetheart brooch was given to anyone the soldier would be leaving behind; therefore this could be their wife, parents, and even children. If it was given to a wife or a girlfriend, it was worn by that woman as a symbol of their pride and regard for their soldier.

The brooches themselves were small, and fitted with pins so that they could be worn on a blouse or a lapel. The style originated from the cap badges of a regiment or corps, and such brooches were first issued during the Boer war in Africa, twenty years before World War I. The year 1915 is the most common for First World War brooches, and many examples found today feature this date hallmark.

As sweetheart brooches became increasing popular, jewellers saw the opportunity for profit and started producing them commercially. These brooches were usually smaller than the original service badges, and made from finer metals such as gold or silver rather than coloured base metals; some were embellished with precious stones.

The two examples below present classic military sweetheart brooches from a bygone era of antique and vintage. 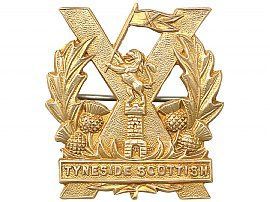 This brooch is part of our antique and vintage jewellery range. This antique World War I ‘Tyneside Scottish Brigade’ regimental brooch was made by Thomas L Mott. The sweetheart brooch depicts the St Andrew’s Cross flanked by thistle sprays and overlaid with the text ‘Tyneside Scottish’. St Andrews Cross is also known as a saltire, the shape is a warning sign and indicates a point of interception. Together, the elements of this design combine to create som classic military imagery.

The Tyneside Scottish title has been held by Regiments Northumberland Fusiliers, Durham Light Infantry, Black Watch & Royal Artillery. The origins of the Tyneside Scottish are the Kitchener’s Army and were called to fight in the first world was. The 102nd Brigade contained four Pals battalions from Newcastle-Upon-Tyne. Even though it was called The Scottish brigade, it was made up of men from the tyneside area and the brigade accepted any nationality.

The Royal Air force RAF pilot qualification wing was originally brass and worn by all pilots on their left chest above the pocket and any medals they might have. This vintage sweetheart brooch has been modelled on the classic Royal Air force RAF pilot qualification wing. It has incorporated the eagle wings with white gold and embellished with stunning pavé set, eight-cut diamonds. The central 9ct white gold ‘RAF’ emblem mounted to a 9ct yellow gold Queen’s green enamel laurel wreath, with the Queen’s red enamel and diamond crop to the upper border.

It is said that the eagles are meant to be worn in pairs with them facing backwards. The unofficial RAF motto for this is: ‘We have eyes everywhere’. The Air Ministry Order(s) which introduced the badges in 1918, claiming that they were to be worn face-onwards. The official motto then became: ‘Through struggle to the stars’. 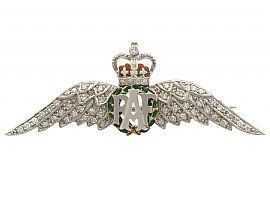 Although sweetheart brooches may be from a bygone era, they still hold a very relevant place in many peoples’ hearts as iconic examples of a close connection with a particular armed service, regiment, or individual who served/serves their country.

Naomi is our Senior Jewellery Content Editor at AC Silver. Having graduated with a honours degree in Art History and Visual Culture Naomi’s love of all things visual led her to the jewellery industry where she has many years’ experience, achieving the National Association of Goldsmiths Professional Jewellers’ Diploma (JET 1) in the process. Naomi is currently studying for a CAM Diploma in Marketing Communications and analytics and has a passion for social media. 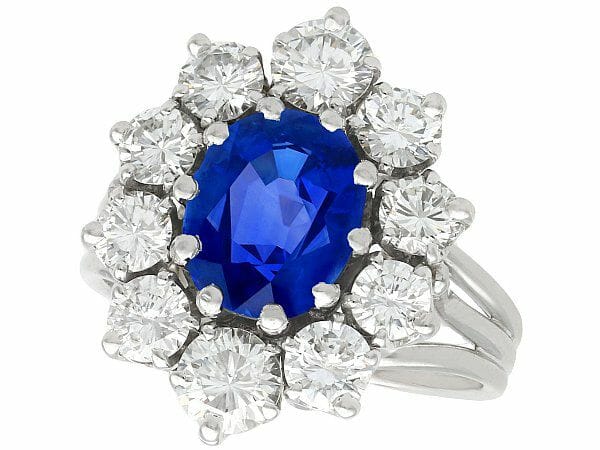 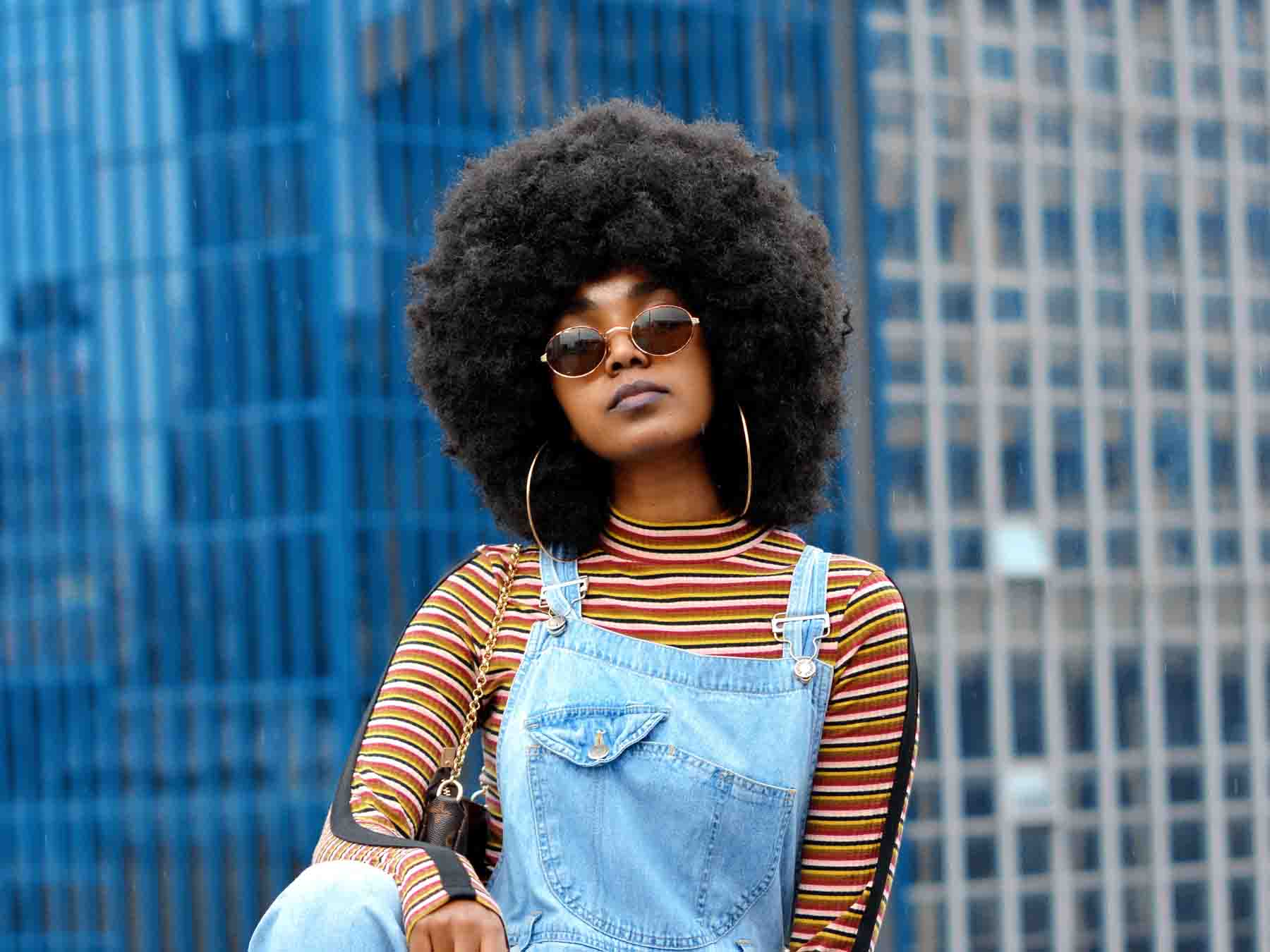 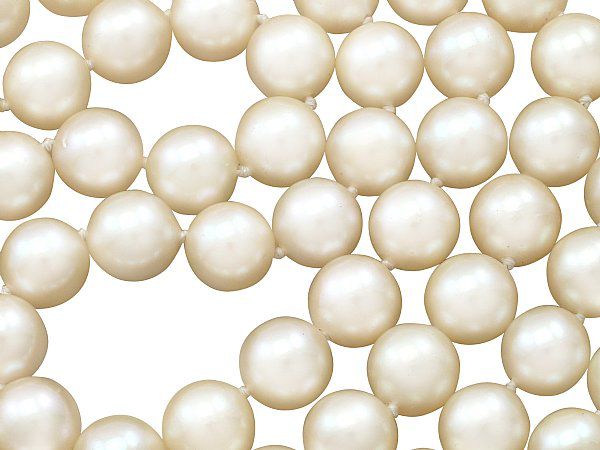